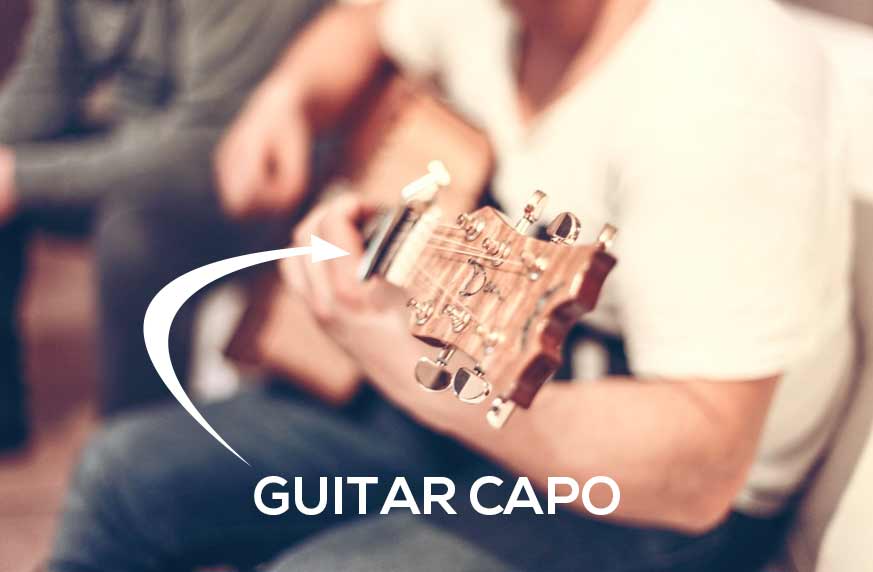 If you are new to playing guitar and are just starting to look up popular songs, there is a good chance you’ve run across a phrase like “capo on 5.” A capo is a commonly used tool for guitar players that allows them to change key on the fly. If you see a song that requires a capo, that does not mean that you cannot play that song without one, but if you play it as written then it will be in a lower key than the original song.

It is also possible to play songs that use capos in the original key without a capo, but this would require transposing the song, which requires some musical theory knowledge. 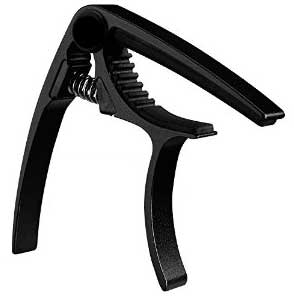 So What is a Capo, Exactly?

A capo is a small clamp with a flat rubber surface designed to push on all six guitar strings evenly. The clamp can be placed on any fret, effectively re-tuning the guitar to a key of your choice. The capo functions identically to barring a fret with the index finger, except that it then allows you to have your other four fingers free to play.

Purpose of a Capo

The main purpose of a capo is to quickly and easily change key if a song is out of a singer’s range. A key in music is simply the scale it is being played on; any song can be transposed to any key and it will still sound fine. So, if a singer has difficulty singing low enough notes to sing a song written in C, for example, the capo can be placed on the third fret, and playing the exact same positions taking the fourth fret as the first fret will result in the same song but transposed to the key of D.

Transposing is the act of taking a song and moving the whole thing into a different key. While a capo is the easiest way for guitar players to do this, it is not the only way. With a little musical theory knowledge, it is possible to figure out what the chords and notes would be in another key and play the whole song this way without a capo. For example, for a song in the key of C transposed to D, each instance of a C Major chord would be played instead as D Major, and the same for C minor and D minor. An F would be played as an E, a B as C sharp, and so on.

So, while a capo is a handy tool for any guitarist to have, do not let your lack of one stop you from learning songs. If you play the tab as written but on the first fret instead of using a capo, you will still be playing the correct song, but transposed to a lower key. This is still an effective way to practice, and once you do get a capo, you will be able to play it in the proper key without any additional practice.