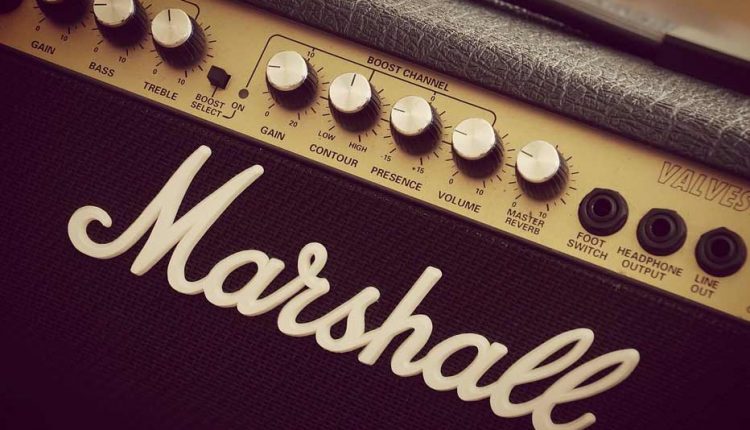 If you’re a guitarist, you’re obviously going to need an amplifier if you plan on playing electrically. It’s nice to have one even as an acoustic player as well, provided you have an acoustic electric hybrid. There’s nothing quite like dialing in the EQ, gain, and effects to a tone you like, cranking the volume and playing to your heart’s content. The only unfortunate downside is that most people will tell you a truly good amplifier is going to set you back hundreds and hundreds of dollars if not more.

It turns out that couldn’t be farther from the truth. If you want a great sounding amp to practice through, record with, and possibly even play smaller gigs with, you can actually keep your budget fairly small. To help you get started, the following paragraphs will detail the 5 best guitar amps under $300. Everyone can scrounge up a spare $300 with a little extra elbow grease!

First of all, set aside any preconceived notions about what you need. Just because your favorite professional musicians play with several stacks of cabinets and intricately wired rigs that switch between multiple heads and effects units doesn’t mean you have to start out with the same. It makes sense to keep your gear on the spartan side at first. Your main focus should be to just grab what you need to hear yourself play and sound good enough when recording. Since you’re working on a budget, that also means going with the combo amplifier route.

A combo amp means you’ll have the head and cabinet in a single unit. It’s much more cost-effective, takes up less space, and it’s a lot easier to lug around. You’ll even use less power overall, and you’ll have more room left to plug in other things as needed. Many combo amps also actually sound quite good, so you shouldn’t worry about sacrificing the sound too much. 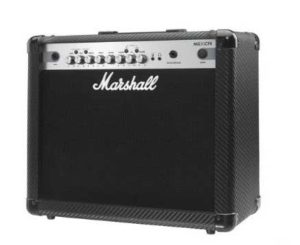 Marshall is always the first name you should turn to when considering an amplifier. They’re something of the gold standard, especially if you want to play rock music. The Marshall MG30CFX is a 30-watt combo, it gives that nice overdrive Marshall tone that so many guitarists tend to covet. This amp also includes several effects, including flanger, chorus, and digital reverb. You can even plug in headphones for late night practice! This is a great sounding entry into the world of Marshall, and the price couldn’t possibly be better. 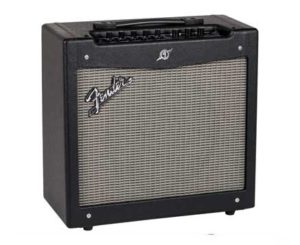 The Fender Mustang V2 represents the other end of the “must have” brand spectrum. For the most part, if you’re not turning to Marshall for your amplification needs then you’re likely turning to Fender! This particular model is perfect for a first amp since it includes 17 amp models that will allow you to experiment and find what sort of sound you like the best. You can even shape the models to your own liking and then store the results. The amp is also MP3 compatible, and it even pairs well with Ableton Live for computer recording. This is a literal wealth of features, making the price a serious steal. 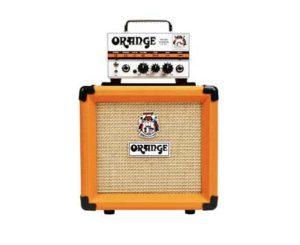 Orange has been something of a rising star in the world of guitar amps as of late, and this head and cab bundle is a fantastic showcase of what they have to offer. The MT20 PPC108 Micro Terror bundle. While not a true combo unit, this will give slightly more experienced players their first taste of the benefits of connecting a head into a cabinet. The bundle even includes a 10-inch cable with which to do so! The best aspect of this bundle is its small, portable size. You’ll have 20 watts of power, however, so it definitely packs a deceptively large punch. 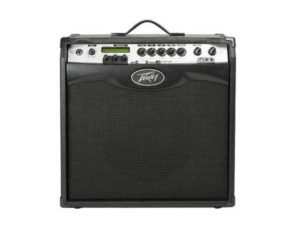 Peavey’s Vypyr VIP 2 gives you 40 watts of power, the most on the list so far. You can actually use this amp for either standard electric guitars, acoustics, or even bass guitars. It even has USB functionality, showcasing some real forward thinking from the famous manufacturer. The modeling lets you dial in your own tones, and you’ll even have access to a looper to help you practice your timing and harmonization. 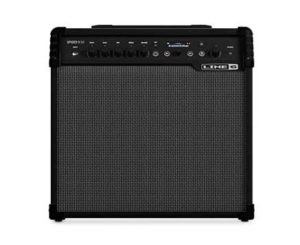 The final entry in the 5 best guitar amps under $300 goes to the Line 6 Spider V60. You’ll have access to nearly 130 presets that model tons of iconic tones. You can sit for hours trying different combinations of presets and effects out. The sound is also fantastic, showcasing exactly why Line 6 has become such a respected name in the industry. This is an amp you’ll never want to turn off.