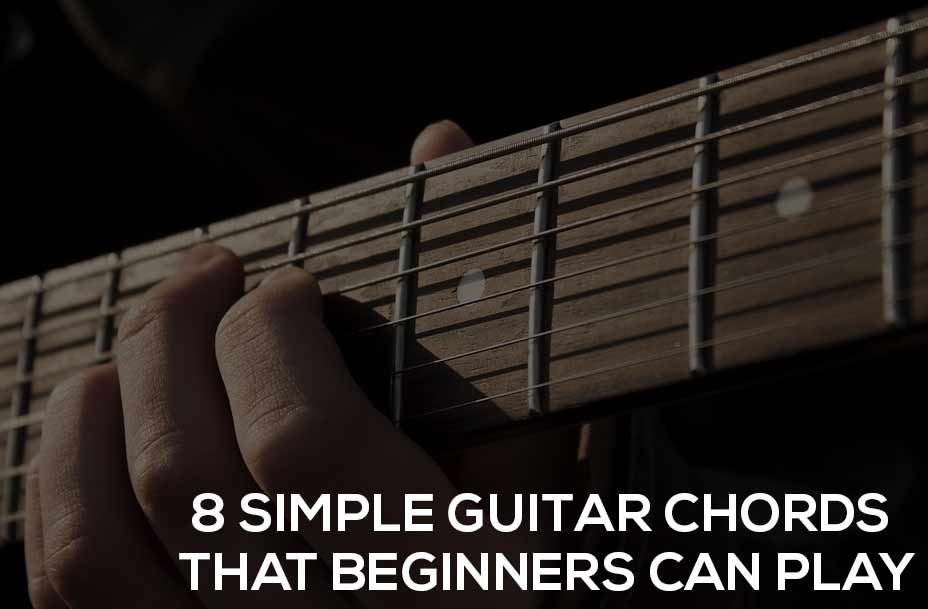 Most of the learning guitar is learning chords. For a beginner, there are eight incredibly commonly used chords that form the basis of a lot of modern music. Luckily, these chords are also quite easy compared to some more advanced ones!

First, it is important to know the names of the strings. Low E is the lowest sounding string, followed in ascending order by A, D, G, B, and high E. We will be referring to these strings for chord directions.

For an E Major, usually written as just E, you only need to play an E minor, but add a finger on the first fret of the G string to play an A flat.

For an A chord, take an A minor, but move the finger on the B string down one fret to form a C sharp on the second fret.

D minor is a little bit of a trickier hand position, but it is easy with some practice. Play an F on the high E string by holding it down at the first fret, then an A on the second fret of the G string, and finally a D in the third position of the B string. For this chord, only play the highest four strings.

To play a D major instead, simply move the E string up a fret to F sharp on the second fret. Again, all other fingers the same, and only play the highest four strings.

C chord is a very common chord in beginner guitar songs. To play this chord, play C on the A string third fret, the second fret of the D string to play an E, and the C on the first fret of the B string. Avoid playing the low E string.

There are many, many more chords than this, but these eight chords, or slight variations of them, are enough to play many popular songs. As you become more advanced, it is a good idea to start working on more advanced chord types, like bar chords. However, practicing these will give you a solid foundation in guitar playing.