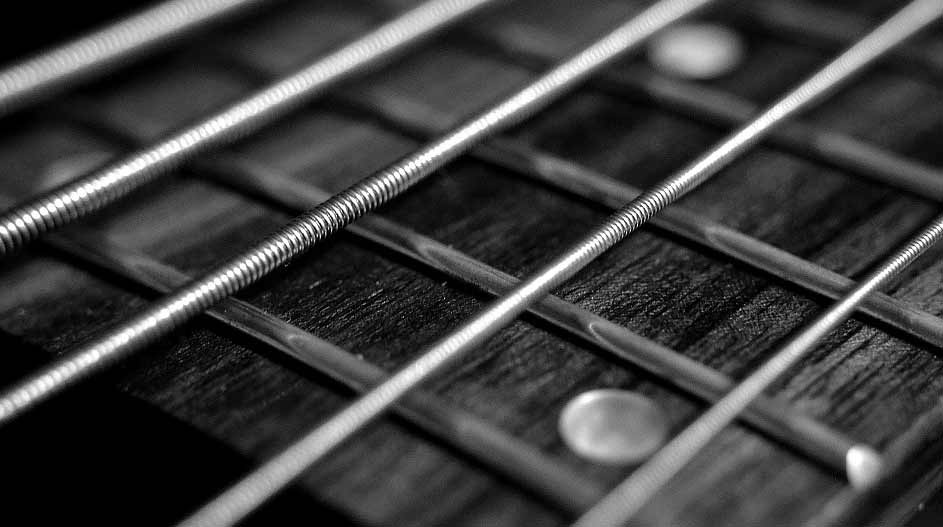 Learning guitar can seem very intimidating at first, especially if you are trying to dive right into learning complicated songs without nailing down the basics. For a beginner, it is important to get a solid foundation in how a guitar is played, from the names of strings to the proper strumming technique. Then, it is possible to move on to some basic songs to help expand your abilities. Read on for some tips on how to go from total guitar novice to playing your first song.

The first thing any novice guitar player needs to learn is some basic guitar terminology. There are six strings on a guitar, each named after the note they play when left open. In order from lowest to highest, the strings are E A D G B E. Note that there are two E strings; usually it is clear from context which one is being mentioned, but if you need to clarify, they can be called low E and high E. Perpendicular to the strings, there are a number of metal bars running down the neck. Each bar demarcates an area called a fret, and they are numbered from highest on the neck to lowest on the neck. The area above the first metal bar is called the first fret, and so on.

Together, frets are responsible for producing notes. Try plucking your low E string. That note is an E. Now try placing your finger on the low E string within the first fret, above the first metal bar on the neck, right in the middle of the open area. Push down until the string firmly rests on the neck of the guitar, and pluck again. That note is an F. Repeat in the third fret, between the second and third metal bars, and the note will be a G. Each fret is a half step up the musical scale, which means that ascending one fret at a time on the E string will result in E, F, F sharp, G, G sharp, A, B flat, B, C, C sharp, D, E flat, and finally return to E. This applies to the rest of the strings as well, but starting at their corresponding notes.

Now that you know some basic guitar terms, you are ready to start learning some beginner chords. A chord, in musical terms, is three or more notes played together. The most basic and common types of chords are major and minor chords, but there are many different variations of chords, and any three notes can technically be a chord. On the guitar, a chord is usually five or six strings strummed at the same time, but for practice, we will start with only the top three strings: G, B, and the high E.

First, we will learn an E Major chord, also known simply as an E chord. To play this chord, simply place your index finger on the first fret of G, being careful not to touch any other strings, and give it a strum. Remember, you only want to play the last three strings! If you have done this correctly, you should have heard something that sounded like music. Congratulations, you have played your first chord! 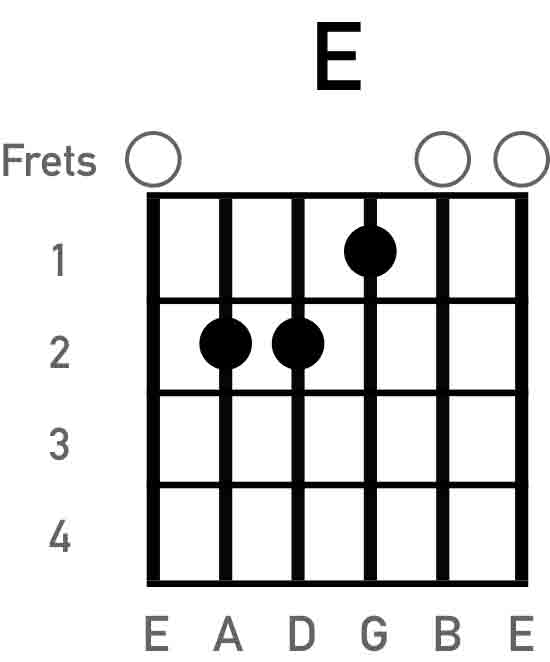 Next, let’s tackle the A Major chord. To play an A chord using three strings, place your middle finger the G string at the second fret, and your ring finger on the second fret of the B string, leaving the E string open. Be careful not to touch the E string with your other fingers, or you will mute it! Then, give it a strum, again being careful to only hit the last three strings. It should have a similar quality to the E chord; an upbeat, musical sound. 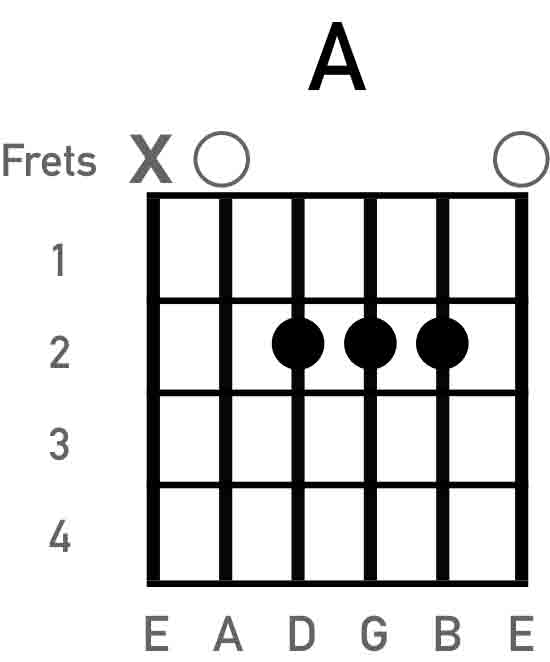 After one more chord, we will be ready to play our first song. However, this chord is the trickiest one so far. The D major chord will take three fingers: use your index finger to push the g string down at the second fret position; your ring finger at the third fret position along the B string; and your middle finger on the E string, second fret. It is very easy to accidentally mute other strings with your fingers here; try to grip the neck of the guitar in a claw-like way with your fingertips pointed straight down onto the strings. For this chord, we can strum the highest four strings, because an open D note is the basis of the D chord. 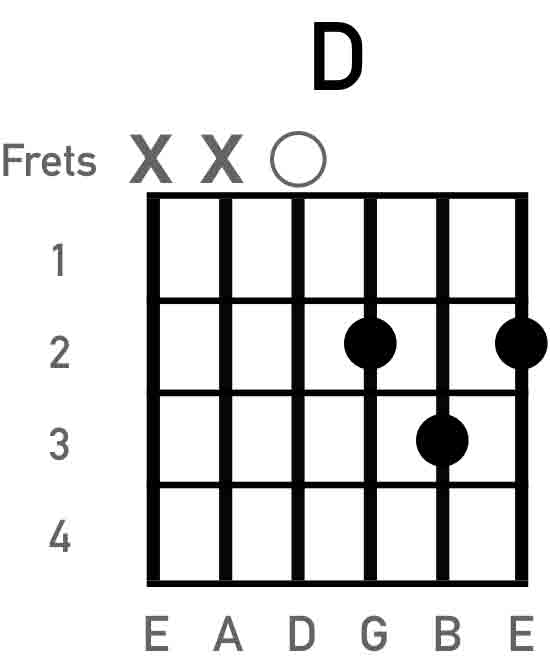 Once you can do that, you are ready for your first capo-free guitar song: Wild Thing! Wild Thing is a very common beginner song because the verse only contains three chords. Use a search engine to find Wild Thing Chords, and you will be able to see which chord corresponds to which part of the song. Try listening to the song and strumming along as best you can to get an idea of the rhythm and how chords go along with songs. You do not have to use the same strumming pattern as The Troggs, a simple one two three four strumming rhythm is fine for learning. Once you have mastered the verse, you will need one more chord for the chorus: a G Major chord is simply your ring finger on the third fret of the high E string, with G and B open.

As you can see, playing guitar is not so intimidating once you learn a few basics. With those chords and just a few more, you will be able to play a huge body of popular music, since so many songs use so many of the same chords. When you feel confident, look up the full versions of these chords so that you can strum five or six strings for each one!