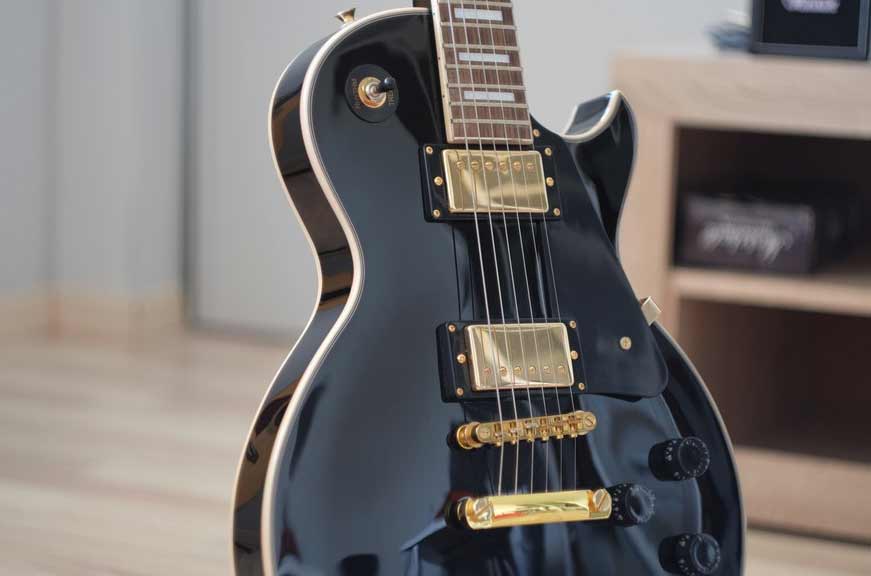 A Guide To Finding Notes On The Fretboard

For people learning guitar who are not familiar with the musical theory, the fret board can be very intimidating. While it is easy to learn chords and regurgitate them, many beginner guitarists do not understand what exactly they are doing to form those chords.

While this is a fine way to learn other people’s songs, this kind of incomplete knowledge makes it extremely difficult to get enough of a grounding in guitar theory to write original music. Read on for a basic overview of how exactly frets correspond to musical notes.

Strings Of The Guitar

First, most beginner guitarists know that the strings of the guitar are named low E, A, D, G, B, and high E. Each string is named after the note it plays if it is plucked while no fret is held.

The open strings span exactly two octaves. To find what note you are playing on the guitar, it is important to consider the note of the string you are playing, as each note is relative to that string.

Frets work by moving one-half step up the musical scale. If you play the low E string and then play the frets in order from 1 to 5, you will play E, F, F sharp, G, G sharp, and finally A.

If you try this now, you will notice that this does not sound very musical. This is because guitar scales are not made of half steps. Playing the frets in order like this is called a chromatic scale, and is the equivalent of playing all of the white keys and black keys in order on a piano.

To play a scale, we need to skip some of the frets to only land on the notes on that scale. For example, the C scale is made up of C, D, E, F, G, A, B, and C, with no sharp or flat notes at all.

On a piano, this is playing only the white keys and no black keys at all. On a guitar, playing a scale is trickier, because we need to think about where the notes we want are, and avoid the others.

What makes this even trickier is that not all notes have sharp or flat versions. A full 12 step chromatic scale in A would have A, A sharp, also known as B flat, B, C (with no B sharp or C flat between!), C sharp also known as D flat, D, D sharp or E flat, E, F (again, only a half step here), F sharp and G flat, G, and finally G sharp or A flat, before landing on the A an octave up from the starting point.

So, to find a C scale, you must consider where the flats and sharps are, and avoid them. This is done by playing C on the third fret of the A string, and so on.

By counting up frets along the chromatic scale, guitarists can pick out the notes they are looking for. Remember that each string is like a piano, with each fret representing the next key, including white and black keys.