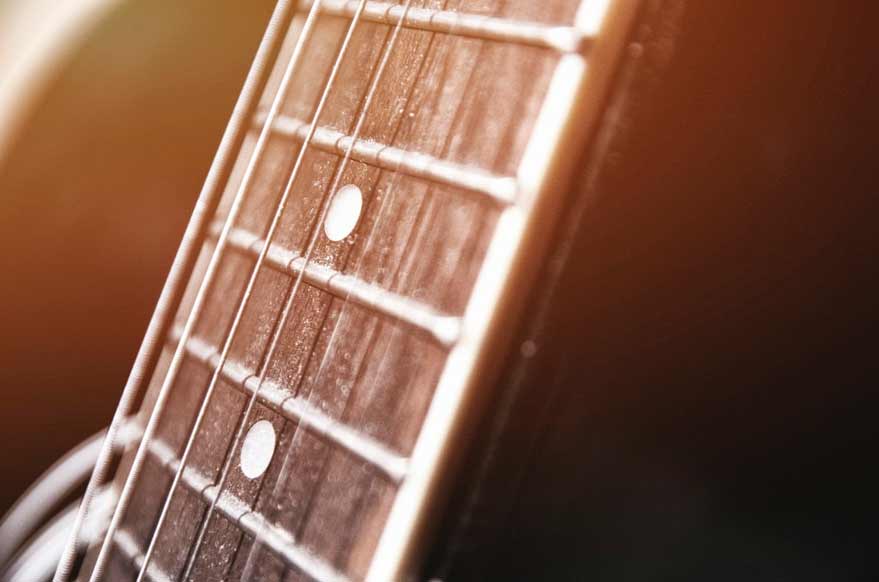 Whether you want to tune your guitar or learn how to play guitar at all, you have to know the name of the strings. It’s quite straightforward, though there are a number of things that might catch you out, and even make your life much easier. This guide is specially articulated to help you grasp everything you need to know about guitar strings names.

Each of the strings on your guitar has a name, which can also be indicated by a number. The thickest string (on one extreme end) is referred to as the 6th string, which is tuned to E on default in a standard guitar tuning. It’s commonly known as the low E string since it’s actually the lowest or deepest guitar note that you can play.

How to Memorize Guitar String Names

One of the easiest ways you can keep all the guitar string names at your fingertips is by using mnemonics. In most cases, the sillier, the better. Some of the fun ways you can remember the string names include the following.

Thickest string to the thinnest string:

From the Thinnest string to the thickest:

Easter Bunny Gets Drunk After Easter

You can choose the one that resonates with or seems more memorable to you. You can even make up your own!

What is the Order of the Strings?

Oddly enough, the 1st string (thinnest string0 is considered as being at the top of the guitar. When you sit holding your guitar across your body, the string will actually be at the bottom.

On the other hand, the 6th string (thickest string) is known to be at the bottom, despite it being the topmost string as you strum your guitar. The way you should think of it is that the ‘top’ and ‘bottom’ in guitar terms refer to the pitch of the notes instead of the physical position of the string.

Open string refers to when you are not pressing a string; plucking any string without pressing any frets, then you will be playing an open string. But the opposite of this is not referred to a closed string (as you would probably expect).

What are the String names on a Bass Guitar?

Unlike the standard guitars, bass guitars usually have 4 strings, which essentially mirror the lowest strings on a standard guitar. The same naming convention applies, only relatively lower. The strings are E (the thickest), A, D, and G (the thinnest).

Are there Other Ways you can Tune a Guitar?

Absolutely! The strings we discussed are for a standard tuning, however, there are many different tunings for the various different genres. For instance, the folk genre usually favors the DADGAD tuning, while metal music prefers the Drop C and Drop D tunings. You can, therefore, tune your guitar to even alter the standard string names, but it would be best to avoid these alternate settings if you are just beginning learning guitar.