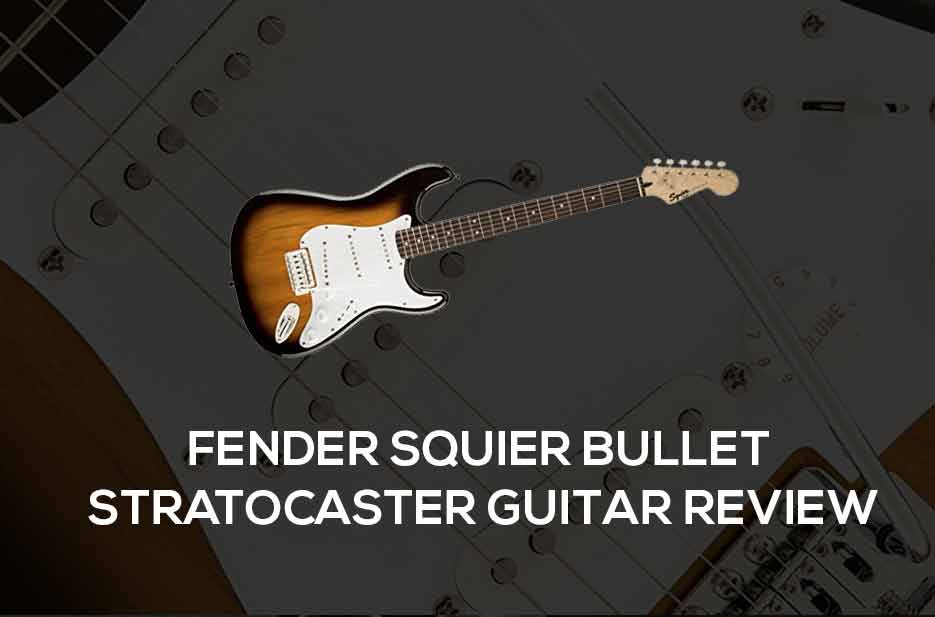 As a premier electric guitar brand, Fender is highly recognizable and seen as a go-to whenever up and coming guitarists are choosing their first electric model. Their Stratocaster models are also known for being immensely versatile, lending way to amazing blues licks, as well as some of the most memorable hard rock and jazz solos.

Many a punk tune has also been written on Fender Strats, and any that are equipped with humbucker pickups can also handle metal without any problems to speak of. It makes all the sense in the world to pick up a Stratocaster, and many players love them enough to never venture towards anything else over the course of their entire lives.

Of course, a full-on Fender Stratocaster can be a little bit expensive, especially if you’re in the market for a “first guitar“. In order not to exclude the needs of families or even individuals with tighter budgets, Fender offers guitars in the Squier range, where instruments are made with slightly less high-end parts or specs in order to offer a lower total price.

The Squier Bullet strat is a fantastic example of just how far the famous company has managed to stretch their production dollars even with a strict limit on the final value.

The standard bullet strat is available immensely affordable in comparison to many electric guitars on the market. To still have the blessing of Fender at that price point is no easy feat, so you can be sure you’re getting something that’s of reasonable quality when you take the plunge and make a purchase.

Depending on what variation you decide to go with, you may have to pay just a bit more. For instance, bullet starts are often included in bundles with practice amps, gig bags, and accessory packs. Depending on where you buy from, one of those options may actually make for a better total value.

There are also a few different styles to choose from on the actual guitar itself. Bullet starts are available with at least two different pickup configurations, including three single coils or one humbucker and two single coils.

Opt for the latter if you intend to play any sort of heavier music. The standard triple single coil model should get the job done on pretty much anything else you want to play, however.

Despite the price, this is actually a very nice looking guitar. From a distance, it’s fairly difficult to tell these models apart from a pricier Fender model. There are a number of different options to choose from when it comes to the finish.

The standard is the brown sunburst, but they’ve also made it available in arctic white, butterscotch, a very classic black, fiesta red, and even pink. The white pickguard and chrome hardware is standard across every variation, giving some nice visual contrast.

There’s more to any guitar than meets the eye of course, and everything else making up the meat of the bullet strat is assuredly impressive.

There are 21 frets, which is a fairly standard number for any Fender. For the most part, only the pricier deluxe models made in the US have any more than that. They’re medium sized here, lending themselves well to the “beginner guitar” intent of this instrument.

It would be uncomfortable to learn on a guitar with widely spaced out jumbo or extra jumbo frets. Medium, as you might imagine, is a nice compromise of allowing your fingers to have enough room without being stretched too much before you’re ready.

The neck is fairly standard Fender fare as well. It isn’t the thinnest in the world like something you’d find on an Ibanez built only for speed, but that’s far from a bad thing. More wood means more resonance, adding to the overall sound quality. It also gives a little more resistance overall, keeping your hands steady while also allowing you to build up your stamina.

When you get used to this neck and then switch to something even slimmer, you’ll be able to play it even more easily.

The features are topped off with a tremolo bridge and two tone knobs alongside the standard volume knob. All of the makings of an instrument that anyone should feel proud to own are here.

When put into practice, the guitar, fortunately, does have it where it counts; it plays great and it sounds wonderful when plugged into a cranked up amp.