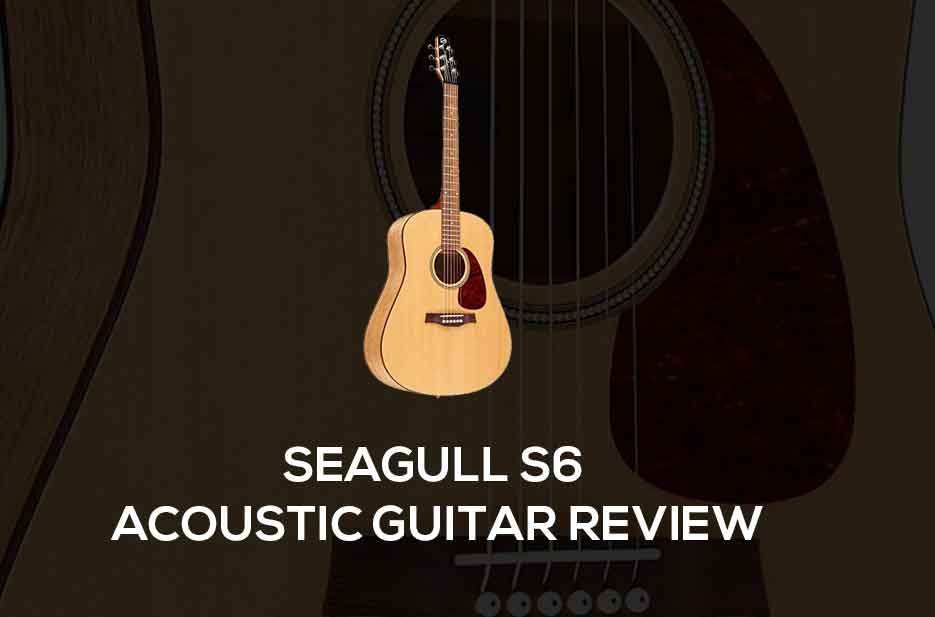 At first glance, you don’t expect much from the Seagull S6. It’s got a standard design while the color is plain and natural. Even the sound hole is basic with a typical circle decoration. In fact, it’s not the type of guitar you expect much from. But looks can be deceiving, and once you pluck the strings of the Seagull S6, the basic design doesn’t really matter anymore.

A Breakdown Of The Seagull S6

In the early 1980’s Godin Guitars decided to create a sub-division, which was branded Seagull Guitars. They were, and still are, made by hand in Canada. It goes without saying that quality is built into the name, which is also why this budget guitar is still a little pricey compared to other brands.

As mentioned earlier, it’s nothing extraordinary at face value. Instead, it’s only when you start playing when the genius behind the instrument comes to light. The tone is rich and full, which is much more than you’d expect from a guitar within the price range. So what makes the guitar so great if it’s not the design?

For the most part, the magic resides within the combination of materials that were used. For example, typical entry-level guitars usually come with laminate wood spruce tops. But with the Seagull S6 a solid cedar top was used, and this is somewhat of a game changer. Many guitarists pay meticulous attention to the material of the face of the guitar because it has a dramatic effect on the overall tone.

But there’s another big difference, namely the Canadian Wild Cherry wood that is used for the sides and back. This is a rare material for any brand of guitar and its appearance has a very characteristic beauty. Strangely enough, the one thing that the S6 has in common with guitars, in general, is the rosewood fretboard.

Keeping in mind that this is a beginner guitar, the cedar top might cause some confusion. For beginners who have played on different models, the tone and sound are going to vary substantially compared to the S6. This isn’t a bad thing. Instead, it’s something that can be used constructively. For some, it’s the perfect guitar for finger picking, while others like the sound of the strumming more. But ultimately it’s only age that will open up the guitar, which is also when you’ll discover what you like most.

When looking at the S6 more closely, you’ll notice that the saddle is made with compensated tusq, which was developed by GraphTech. This is a quality replacement for bone and ivory, although it’s not as expensive. Once you remove the strings another difference can be spotted, namely the grooves of the saddle don’t go in the same direction. Instead, they split into different directions, a trait that’s usually reserved for high-end guitars.

Just when you think the S6 can’t stand out any more than it already does, the neck is slightly broader than other entry-level guitars. This isn’t something that so much changes the sound as it is personal taste and comfort. It takes some getting used to, but it’s not a long process.

But where the neck is thicker, the headstock is smaller. According to Seagull, this is done with purpose. They believe that placing the tuners in line with the nut is going to increase tuning stability, although this isn’t a proven fact.

Who Should Consider Buying The S6?

This is where things get a little complicated because it’s definitely the perfect beginner guitar. However, it might still be a little too pricey for some. At the same time, it’s not exactly the best choice for players who are past the beginner arena and are looking to experiment with a more professional outlook. In other words, the S6 sits between the entry-level and professional level, because the quality is great, but not great enough to change the music revolution. Ultimately you’ll have to choose whether the price justifies what you’ll be needing it for.