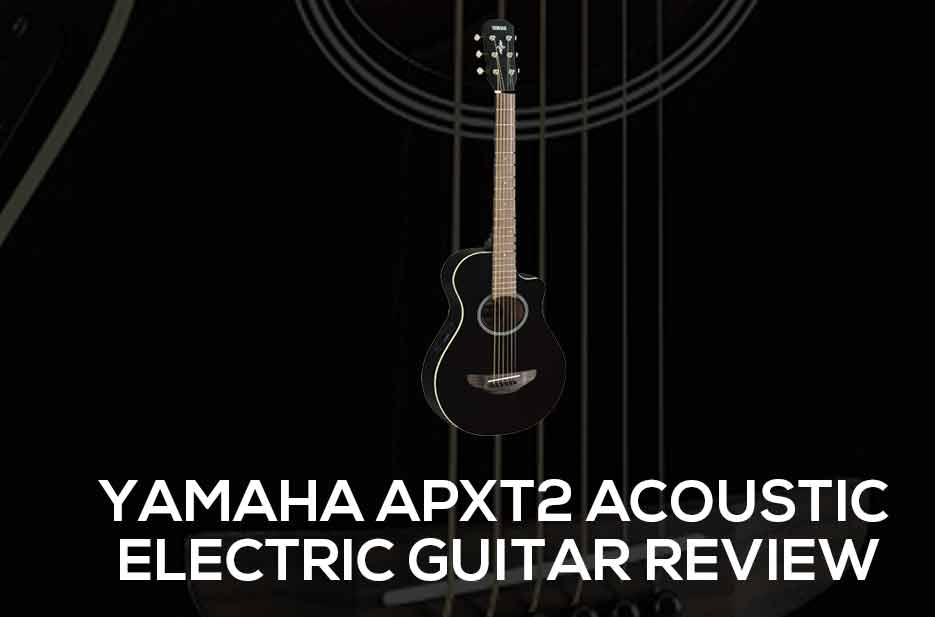 If you’ve gotten used to the slim body profiles of electric guitars after making the switch from a cheaper acoustic as your first instrument, it can be difficult to pick up another acoustic and enjoy playing it. No matter the quality, many acoustic guitars feel downright clunky in comparison to electrics. The necks are thicker, the action is higher, the bodies are much larger, and the upper fret access is restricted. To go from an electric guitar that you can play as fast as possible to the restrictions of standard acoustics can be frustrating to no end.

That’s precisely where the Yamaha APXT2 acoustic electric comes in.

Yamaha’s APXT2 is a hybrid guitar that can play acoustically but also plugged into an amp and given the full distortion and effect treatment if you desire. It’s also built with a body that’s only 3/4ths the size of standard acoustics. The profile is also fairly slim, and there’s a cutaway to offer easier access to the upper frets. There are 21 frets in total, equaling that of many standard Squier and Fender Stratocaster models. While this smaller build is meant to make it more of a “travel” guitar, it actually has the added benefit of becoming the perfect acoustic for a player that’s gotten comfortable with a slimmer, faster electric models. 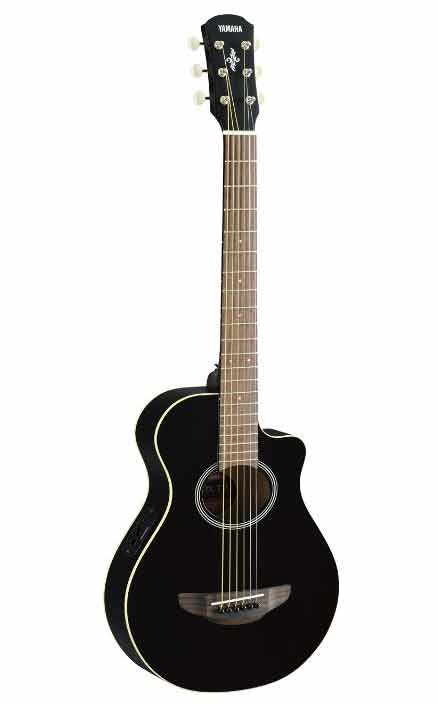 Another downside to many acoustic guitars in comparison to electrics is their aesthetic quality. Many acoustic models are a bit plain in the looks department. Fortunately, there are a few more options than usual at hand with the APXT2. There’s a nice natural finish available if that’s your cup of tea, but you can also choose between black, dark red sunburst, light amber burst, and tobacco sunburst. Some of these finishes would be right at home on a major Gibson or Fender electric release, and they work well in an acoustic context.

Yamaha is no slouch in the musical instrument department. They’re a bit of a “jack of all trades” brand, with plenty of different kinds of instruments under their belt, but they are just as well known for their acoustic guitars as anything else. It’s always worth checking out a Yamaha model, and the APXT2 does not disappoint. Best of all, the famed company has managed to make this available for a fantastic price. You can also opt for a version that comes with a gig bag, strings, a tuner, and several picks.

Despite being made at a value price point, you’ll be getting some seriously high-quality specs here. The body is made of a rare meranti wood, with a spruce top and mahogany neck. The fretboard is rosewood, which is likely what you’re used to from whatever electric model you might have. This serves to make the translation over to this model even less of a shock.

Of this guitar wouldn’t work without some sort of built in preamp or pickup. The electronics are provided by a System 68 pickup. A tuner is also built right into the guitar, complete with a digital display that will help guide you to the correct pitch of each string with relative ease. When plugged in, the guitar also sounds quite good. The output is strong enough to work well through pretty much anything you plug it into. It may take a while to get used to hearing the strings so loudly while plugged in, but you’ll ultimately grow to love the added depth.

One of Yamaha’s best-selling acoustics is the APX500III, and the APXT2 is made in much the same way. It’s essentially everything that makes that model great, just in a more compact form. Alongside all of the easier playing capabilities that this grants the guitar, it will also be a bit easier to store and travel with in between gigs or while moving. Bigger is not necessarily always better, and this is a perfect example. The important thing to realize about guitars is there are so many out there that you will be more than accounted for no matter what your tastes or needs are. This kind of smaller acoustic will be something of a godsend for many.