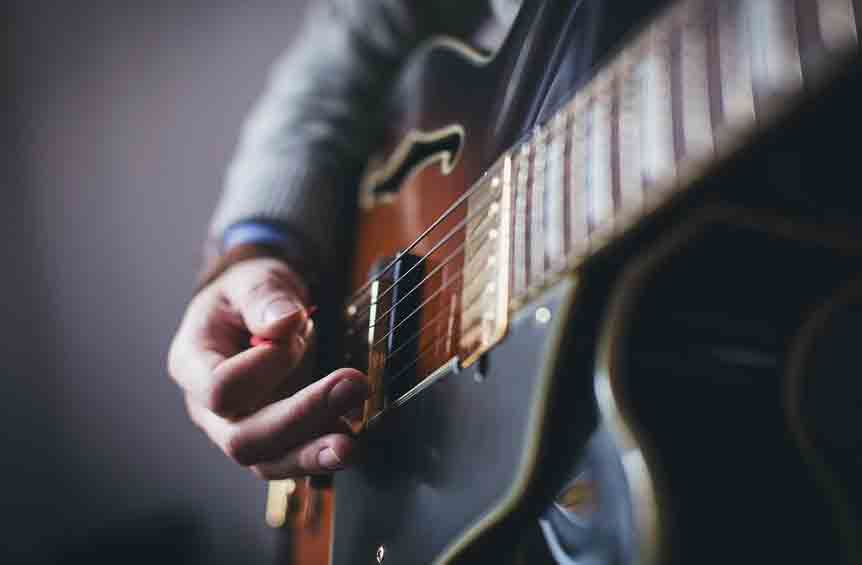 Guitar scales are groups of notes that work with one another. If you stay within one scale, you will be more likely to sound as if you’re playing “in tune” and you will be able to create melodies that sound pleasant when played over chords that are also comprised mostly of the same notes.

Scales can be seen as guides to help you know exactly which notes would work with others when crafting songs or even improvising over existing music. They are an essential aspect of music theory, and the more scales you know, the better your guitar playing will become.

There’s an inherent avoidance that a lot of players have when it comes to learning scales early on. The stereotypical view of this practice is that you’re going to have to sit down to play the same notes over and over, up and down the neck, repeating over and over.

While this sort of exercise certainly helps build your dexterity and muscle memory, that’s hardly the only means of learning scales. It can actually be quite fun to find new combinations of notes that work over certain chords, and how they can all be used together to create fuller, more interesting sounding music.

There are 14 main scales played on guitar, 8 of which are major and 6 of which are minor. Major scales by nature are a lot more upbeat sounding, whereas minor scales have a bit more aggression, darkness, or even sadness to them.

While there are no real dividing lines, major scales are most common in the likes of contemporary pop, whereas minor scales are usually found in hard rock, metal, and other “alternative” forms of music. There are plenty of exceptions where traditionally minor styles of music might shift over to the major scale and vice versa of course, and some songs might even switch between the two at certain points.

As a guitarist, the first scale you should learn is the minor pentatonic scale. True to its name, this revolves around a basic five note pattern that works well for improvisation over virtually any type of music.

While the pentatonic scale has somewhat of a blues-based sound, you’ll find that it works well over a wide variety of songs, and plenty of the most popular music is largely comprised of pentatonic melodies. This is also referred to as “playing in the box.”

Since you’ll most likely be learning while in standard tuning, it’s most useful to start off with the E pentatonic scale. The beauty of the guitar neck’s many different octaves means you can play within this scale in several spots on the neck, but it’s easiest to learn to start from the 12th fret. The notes that comprise this scale are E, G, A, B, and D. That works out as follows:

From there, you can start the pattern over an octave higher from the 14th fret on D, and that basic pattern can be played all the way up and down the neck. You’ll need to account for the slight change in your finger’s position once you hit the B string of course, but the basic principle of this scale couldn’t possibly be easier to grasp. If there’s one scale that any guitarist absolutely must know, it’s easily E minor pentatonic.

Some of the popular songs crafted within it include Jimi Hendrix’s Purple Haze, Black Sabbath’s Paranoid, and Nirvana’s Come As You Are, and that’s just to name a few!

You can have countless hours of fun playing along with tons of your favorite music within those confines, and once you have it down, you can expand your musical palette to include even more scales. Some believe that every guitarist should build a basic foundation of at least three scales they can always fall back on.

Other popular scales for guitar include E Phrygian (as heard in Metallica’s Wherever I May Roam) and lydian, a dreamy scale highly popularized by the works of Steve Vai and Joe Satriani, as well as the theme song to The Simpsons!

With more scales under your belt, you’ll never feel lost when playing along to other music or jamming with others. You’ll also be able to craft songs much more effectively.

Your grasp of music theory will also naturally increase, making you an all around great musician. If you’ve ever shied away from learning scales because of the effort involved, the work is actually immensely rewarding, so get to it as soon as you can!