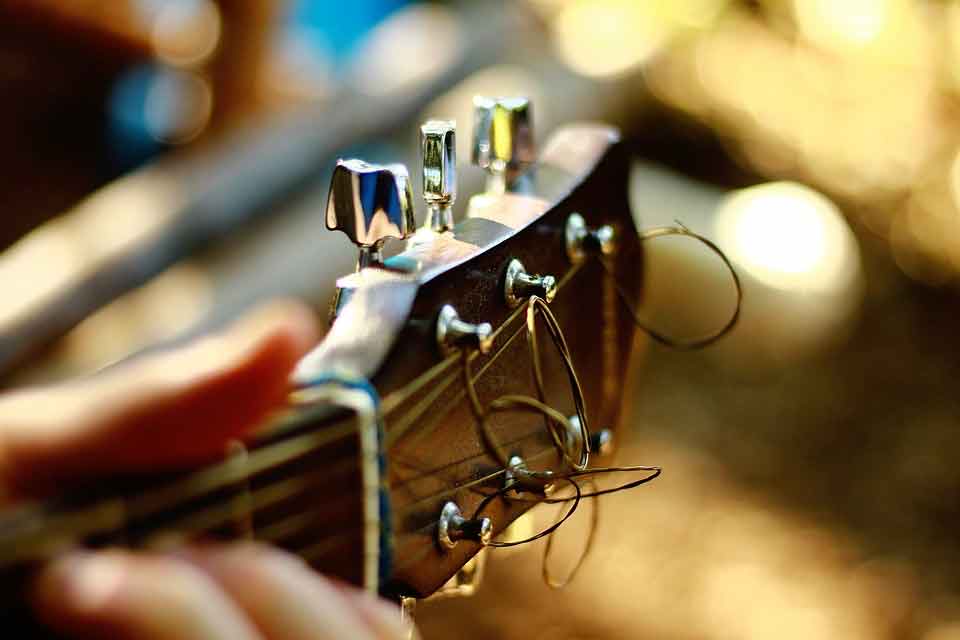 Once you’ve started learning to play guitar, one of the first things you need to be well versed with is tuning your strings. What you’ll soon learn about guitar, however, is that every rule you adopt can often be immediately broken in some respect! For instance, you’ve likely become quite accustomed to tuning up your guitar in the following manner:

A guitar with its strings tuned in that manner is in what is known as A440, or standard tuning. The guitar naturally accommodates that tuning rather well, giving you the ability to play along with quite a wide range of music quite comfortably. There’s no rule saying that’s the only way to tune the guitar, however; in fact, many people use different types of tunings altogether.

Some of the most famous examples of guitarists that went outside the boundaries of standard tuning include Jimi Hendrix, Keith Richards of The Rolling Stones, Jimmy Page of Led Zeppelin, Eddie Van Halen, all alongside a truly staggering amount of famous modern players. Hendrix often favored a 1/2 step down tuning, whereas Richards and Page employed open tunings. Van Halen, on the other hand, helped popularize Drop D, and that really only scratches the surface of what’s possible.

What is a Step?

As you dive deeper into alternate guitar tunings, you’re going to come across terms like “2 steps down” or “a half step down”. Each half step represents a semitone or single note. So, a half step down from E is E flat, and a whole or full step down is D. By tuning a half step down, your open strings will be one note lower, almost as if you moved your fretting hand from the 7th fret to the 6th fret on the A string, from the E note to the E flat. It almost sounds counterintuitive to refer to one note as a half step, but it’s a basic concept of music theory that’s fairly easy to grasp in the long term.

The most basic styles of alternate guitar tunings you’ll need to learn are the half step down (E flat standard), drop D, and then D standard. You can extend further down from there, to one and a half steps down (D flat), Drop C, and C standard. That’s about as low as you’ll ever really need to tune with a standard six string guitar, although you can push further beyond if you wish. That will be covered a bit more below.

The half step down tuning was largely popularized by Jimi Hendrix, as heard on songs such as the legendary Voodoo Child (Slight Return). It has also been employed by guitar favorites Alice in Chains, Slayer, and Metallica throughout all of their live shows since the mid-1990s. The benefit of the half step down tuning is that it gives you the ability to bend strings just a bit easier without losing much clarity of tone. Many vocalists also prefer to sing over this tuning in order to make it easier to reach any accompanying high notes. 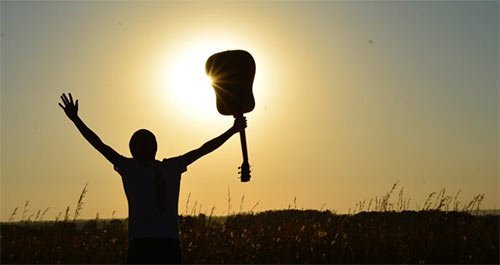 Knowing your octaves is really all it takes when going into an alternate tuning. You should know that, in standard tuning, the 2nd fret on D is an E, one octave up from your low open E. So, to easily find the note you’ll be tuning down to, simply move to the 1st fret on D while in standard tuning and tune your bottom open string down slightly until they match. You should have your open E flat (often notated as Eb on guitar tabs) and you can start matching the rest of your strings in order to get the entire instrument into half-step-down tuning.

As you learned when you first began tuning your guitar, remember to work your way out and inward. Once you have your lowest string tuned, you should go ahead and tune the highest string next, then switch the 5th and 2nd strings and so on. Make smart use of octave matching and you can have your guitar tuned quite quickly.

Drop D is perhaps the most common alternate tuning, and one of the most useful. Hard rock and metal guitarists love it given how easy power chords become on the lower two strings; in Drop D, you only have to use one finger, and the chords can be quickly moved around and pulled off from. Best of all, you can quickly get into this tuning by simply matching your low open string to the D string. In time, you’ll be able to do so by ear with just a quick twist of the tuner.

Moby Dick (Led Zeppelin), Everlong (The Foo Fighters), Black Hole Sun (Soundgarden), and Killing In The Name Of (Rage Against The Machine) are among the most popular examples of songs played in Drop D, and there are literally too many others to list. Once you have a handle of this tuning, it’s sure to become one of your favorites quite quickly.

One And A Half Steps Down And Below

You can simply employ what you’ve learned above to continually tune your guitar lower. If you’re going to D standard (D, G, C, F, A, D), you can just go into Drop D and match the rest from there, and it’s fairly simple to either go a half step down or slip into Drop C or C standard at that point.

Open tunings are a bit less common and slightly more complicated, but they’re a blast to play in if you feel up to the task. The most famous examples reside in Keith Richards’ favored Open G tuning (as heard on songs such as Brown Sugar) and the Celtic Open D, lovingly referred to as “DADGAD” in reference to each strings’ tuning. The later was perhaps most popularized thanks to Kashmir by Led Zeppelin. For those keeping track, Open G is accomplished by tuning your strings like so: D G D G B D.

Typically, the string gauges of six string guitars are only going to get muddier in tone the lower you tune, so it’s not really recommended to tune much lower than C unless you use a specifically heavier gauge. You can tune as low as you want of course, but the strings will become looser and have significantly less clarity. If you want to play particularly lower tunings such as B standard and below, it’s best to invest in a baritone, 7, or even 8 string guitar so that you can do so without everything you play lacking power and resonance.

You should know that if you have a guitar with a floating tremolo system you may need to have it professionally set up to accommodate alternate tunings. You can easily throw off the intonation by changing the tuning of an instrument with a Floyd Rose bridge if it was initially set up in standard tuning or something else. Intonation refers to all of the octaves around the guitar matching appropriately, so it’s important to maintain at all times.

With that, you should be well equipped to venture into the world of alternate guitar tunings. Switching to Drop D and the like for a night is always a way to liven things up a bit if you’ve become a bit bored with the instrument. As always, just have fun with it and you’ll be well ahead of the curve.